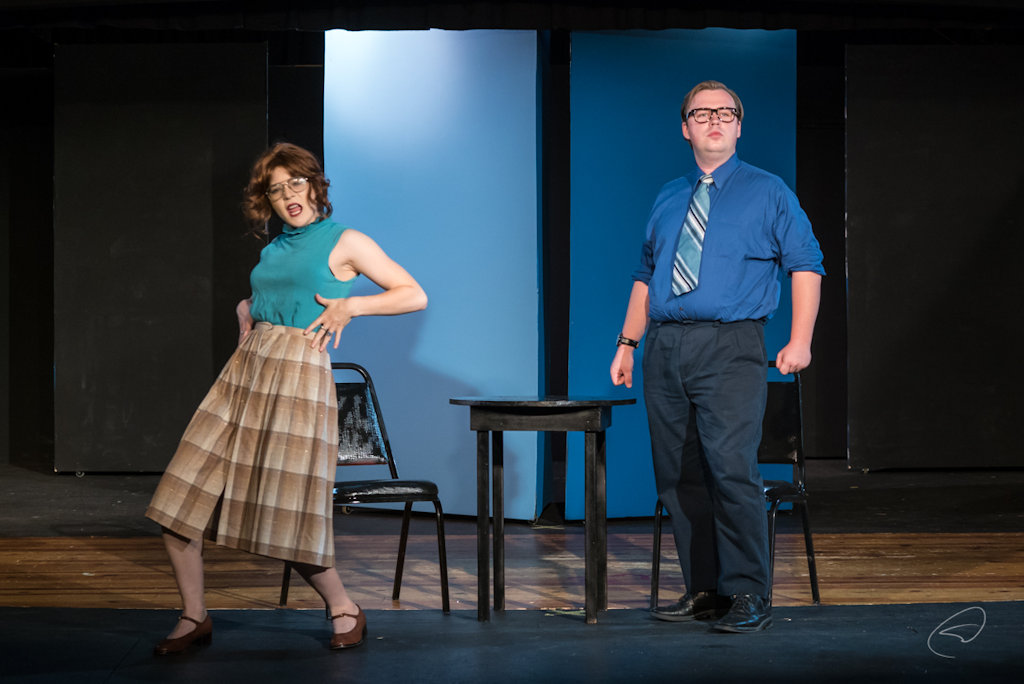 THANK YOU FOR YOUR INTEREST IN PERFORMING WITH GCT!

Our theatre welcomes all performers of all ages and experience levels. The audition can be a great experience to get to know others with similar passions to yours and get some good experience… and maybe be cast in your first show! Our audition process is often very fun and informal.  Our rehearsals are usually Mon-Thurs evenings, and our performances are Fridays, Saturdays and Sundays.

More audition information will also be posted on our GCT AUDITIONS! Facebook page.

All shows are subject to change pending receipt of rights from the publishing houses, and show dates are tentative pending contract completion. 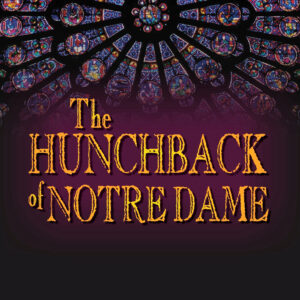 The Hunchback Of Notre Dame

If you are auditioning for a spoken part, you will also be asked to read some scenes of dialogue with other actors. These scenes will be published here a week before auditions so you can familiarize yourself with them.

The Ensemble and choir in this show are an active and integral part of the show. The choral music is an essential part of the story and develops the mood of the show. Many of the ensemble members will also be a part of the choir, moving in and out of their other roles. There will be some stair climbing required for most ensemble and choir members. Several of the lead characters, ensemble members, as well as those the Roma dancers in “Topsy-Turvy, Tavern Song” etc will have fairly athletic parts including some climbing. There will be a dance audition for these parts in which auditioners will have to learn and perform a short choreographed piece in small groups.

Dom Claude Frollo, Male, Lead, Baritone. Archdeacon of Notre Dame Cathedral and the most powerful cleric in Paris, he is the reluctant caretaker of Quasimodo. Though he is smart and shows some compassion toward Quasimodo and his brother, Jehan. His obsession with Esmeralda tortures him to the point of madness, and he lets nothing and no one stand in his way.

Quasimodo, Male, Lead, Tenor. The deformed bell-ringer of Notre Dame and Claude Frollo’s charge. Lonely and staunchly obedient to Frollo, he possesses a vivid imagination that brings to life. The bells and gargoyles of the cathedral are his escape. Despite his shyness and uncertainty, he quickly befriends Esmeralda. Big-hearted, and brave when need be.

Esmerelda, Female, Lead, Mezzo. A beautiful and free-spirited gypsy who possesses the strong sense of justice and morality that Frollo lacks. Compassionate, she frees Quasimodo from the frenzied mob at the Feast of Fools and, against her better judgment, falls for the cocky Phoebus.

Jehan Frollo, Male, Supporting, Tenor/Baritone. Jehan Frollo is Claude’s reckless younger brother. He has been spoiled all his life and is lazy and greedy as a result. With the gypsy Florika, he fathers Quasimodo, who he leaves in his brother’s care. Wild, passionate, and strong-willed.

Clopin Trouillefou, Male, Supporting, Tenor/Baritone. The clever and charismatic King of the Gypsies. An air of mystery surrounds Clopin, who often leaves the scene in a puff of smoke. As the master of ceremonies for the Feast of Fools, he is witty and playful, but he boasts a darker, serious nature when not performing for the crowd.

Captain Phoebus de Martin, Male, Supporting, Tenor/Baritone. Returning to Paris after serving in the war, Phoebus takes up his new position as Captain of the Cathedral Guard. Overconfident yet charming, this handsome, strong soldier makes the ladies swoon, yet his moral compass is also strong, and he openly defies the corrupted Frollo.

Madam, Female, Featured, Spoken. Owner of a brothel and safe haven for gypsies.

Choral Ensemble, Either Gender, Ensemble They are ever-present on stage the entire show, they sing the incredible Alan Menken score. 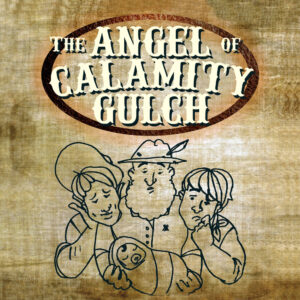 The Angel Of Calamity Gulch

The characters on this list will be double cast, and all roles will be cast with performers OVER THE AGE OF 14. Please note that in the world of the Peanuts characters, more mature age does not matter. They are all “kids”. Most roles could be played by either male or female actors. This show will travel the final weekend of its run, and bring the show out into the community.

CHARLIE BROWN – A lovable loser, a child possessed of endless determination and hope, but who is ultimately dominated by his insecurities and a “permanent case of bad luck”. He is often taken advantage of by his peers. STRONG Actor & singer needed.

LUCY VAN PELT – A crabby, bossy, selfish girl! She is especially mean to Charlie Brown and her “stupid” little brother Linus. Lucy is in love with Schroeder who has NO interest in her whatsoever. Lucy is loud, obnoxious and has a very strong personality. STRONG actress & singer.

LINUS VAN PELT -He is Lucy little brother . Linus always means well and tries to smooth over any storms that arise amongst the gang. A source of frustration for him is Lucy, who always belittles him, particularly over his “stupid blanket” which is always at his side. He and Shermy are Charlie Brown’s best friends. STRONG actor, singer & dancer.

SALLY BROWN – Charlie Brown’s younger sister. Sally has a “take it easy” approach to life, preferring to slide by while doing as little work as possible. She is hopelessly in love with Linus. Sally has philosophies on life although they are not the most well thought out philosophies, basically being phrases such as, “Who cares?”, “Why me?”, and “How should I know? STRONG comedic actress & singer.

SCHROEDER – He has a precocious skill at playing the piano, as well as by his love of classical music and the composer Ludwig van Beethoven. Lucy is infatuated with Schroeder but since Beethoven is a lifelong bachelor, Schroeder feels that he must emulate every aspect of his idol’s life. STRONG singer & actor needed.

SNOOPY – He is Charlie Brown’s pet beagle, and is owned and cared for by Charlie Brown although at times it is not clear who is in charge. Snoopy is blessed with a rich fantasy life. STRONG comedic actor & singer needed. 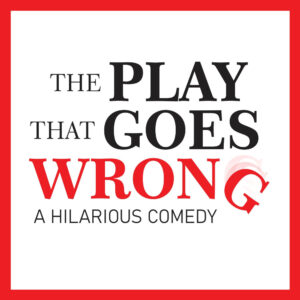 The Play That Goes Wrong

Trevor is the play’s curmudgeonly lighting and sound operator. He simply wants to get on with the show. He doesn’t like actors. He is easily distracted and does many things he shouldn’t, including talking to the audience. When things go really sideways, he is forced to act in the play.

Chris is the director of the play-within-a-play Murder at Haversham Manor and plays the esteemed Inspector Carter. This is the biggest day of his life. He is rigid and uptight. The experience of performing the show is both nerve-wracking and exciting. His pain is evident and every time someone laughs, the pain deepens.

Jonathan is a bit bland personality-wise but sees himself as a James Bond-type. Excited and having fun. He technically has to drive the show. He cares about the play, but it’s mostly just for fun for him. The role of Jonathan/Charles Haversham is a very physically demanding role.

Robert wants to be Richard Burton, as evidenced by his presentational style. But he’s not a parody of a bad actor, just unaware of others around him. He does not feel bad when things go wrong and never learns from his mistakes. There’s a power struggle between Robert and Chris to be president of the Cornley Poly Drama Society (a position that matters a great deal to Robert). Must have real vocal power.

Dennis has no real desire to be involved in the theatre; he just wants friends. He believes if he does well in the show, he’ll be more successful socially. Laughter from the audience is agony and a personal tragedy for him. He’s slightly oblivious, but understands when he gets things wrong.

Max has never been onstage before. He learned his lines and does exactly what he’s told to do. He has zero connection with any of the actors, but when he gets a laugh he breaks the fourth wall and engages with the audience. Childlike and naïve. His mistakes are fundamental. He doesn’t think anything through.

Sandra is vain and has a huge ego. She wants to be loved. She has ambitions to go to Hollywood and will hurt anyone standing in the way of what she wants, but is smart enough to stay on the good side of someone who can help her (like the director). The stakes are high for her. Very physical role.

Annie is the company’s stage manager. She has the biggest journey of any character. She’s initially terrified by acting, but is willing to kill for it by the end of the play. Her terror turns to joy, and then to fury. She starts small, but grows and grows. 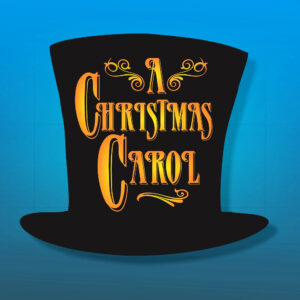 Ebenezer Scrooge, Male, Lead, Tenor. Must be able to move. Grouchy old miser who has grown cold and mean-spirited. Through his journey with the three ghosts, he regains his kindness and goodwill.

Ghost of Christmas Past, Female, Supporting, Mezzo. Must be able to move gracefully. Joyful, comedic guide to Scrooge into his past. Cheerfulness and kindness are this characters dominant traits. Very energetic.

Ghost of Christmas Present, Male, Supporting, Tenor. Preferably be able to tap dance or fake it well. Must be able to move. A larger than life, jovial character who shows Scrooge the present world around him. Very vaudeville.

Ghost of Christmas Future, Female, Supporting. Preferably able to belt with a strong mix. Must be able to move in a contemporary style. Creepy and eerie, yet captivating every time they are on stage.

Emily, Female, Featured, Soprano. Must be able to move. A lovely girl. Enjoys the simple things in life. Joyful and kind hearted. In love with Scrooge at 18.

Mr. Fezziwig, Male, Featured, Tenor. Must be able to move. Jolly and kind bank owner. Scrooge’s past employer who helped him get his start.

Young Jacob Marley, Male, Featured, Baritone. Must be able to move. Starts business with Scrooge at 18 and shares a similar mindset of greed.

Young Scrooge, Male, Featured, Treble and Tenor. Must be able to move. Scrooge with the happiness of his youth and deeply in love with Emily. Sincere, yet money driven.

Sally Anderson, The wife of Scrooge’s nephew Fred. Tired of having “Uncle Scrooge” over for Christmas dinner each year.

Scrooge at 12, A poor orphan who works all day at a bootmaking factory. Tired of poverty, he vows to save his money and make his fortune. He desperately misses his parents and wants to find a home of his own.

Beadle, A worker in the royal exchange bank

Old Joe, A ragpicker who scavenges off the dead.

Ensemble, Either Gender, Ensemble, A large ensemble from which smaller roles will be cast such as : Judge, Scrooge’s father, Mr. Hawkins, Fan at 10, charity men, townspeople, factory workers, gravediggers, etc.